Alexander Moewes is a Professor in the Department of Physics and Engineering Physics and a Canada Research Chair at the University of Saskatchewan. He is also leading the inelastic scattering endstation of the REIXS beamline at the Canadian Light Source. He obtained his Ph.D. in Condensed Matter Physics 1995 at the University of Hamburg in Germany at HASYLAB/DESY. He worked as a postdoctoral researcher at Tulane University and was an assistant professor at Louisiana State University before moving to Canada for his current position. He has published over 270 peer reviewed scientific articles and guided over 35 graduate students. His research lies in Materials Science and Condensed Matter Physics using synchrotron-based soft X-ray spectroscopy techniques and density functional theory. His group currently is focusing on materials for spinelectronic applications, low dimensional systems, and semiconductors for pc-LED materials for lighting applications. 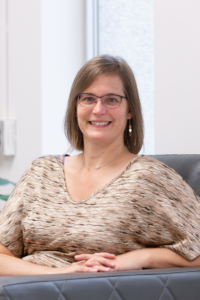 Dr. Alison Sills studies weird stars in unusual places. The stars that interest her have had a strange encounter during their life, such as a collision with another star or an interaction with their binary companion. These events happen more often in dense stellar clusters. Dr Sills uses a variety of computational tools to model the formation and evolution of these clusters and their stellar populations. Dr Sills attended the University of Western Ontario for her BSc before obtaining her PhD at Yale University. After postdoctoral positions at The Ohio State University and the University of Leicester in the UK, she returned to Ontario to take up a faculty position at McMaster University in 2001. A full professor at McMaster since 2012, she has also served as Associate Dean of Science and Associate Dean of Graduate Studies. Dr Sills is involved in the astronomical community at the national and international level, through her membership in Canadian Astronomical Society committees, the Canadian Institute for Theoretical Astrophysics council, SuperChair of the Canadian Telescope Time Allocation Committee, and an International Astronomical Union steering committee. She has reviewed grant, scholarship, and telescope time applications for granting agencies in many countries, and been involved with organization of over 25 international conferences since 2000. Dr Sills also spends time on outreach activities to bring astronomy to the public, to support women in STEM, and to bring scientists to elementary schools.